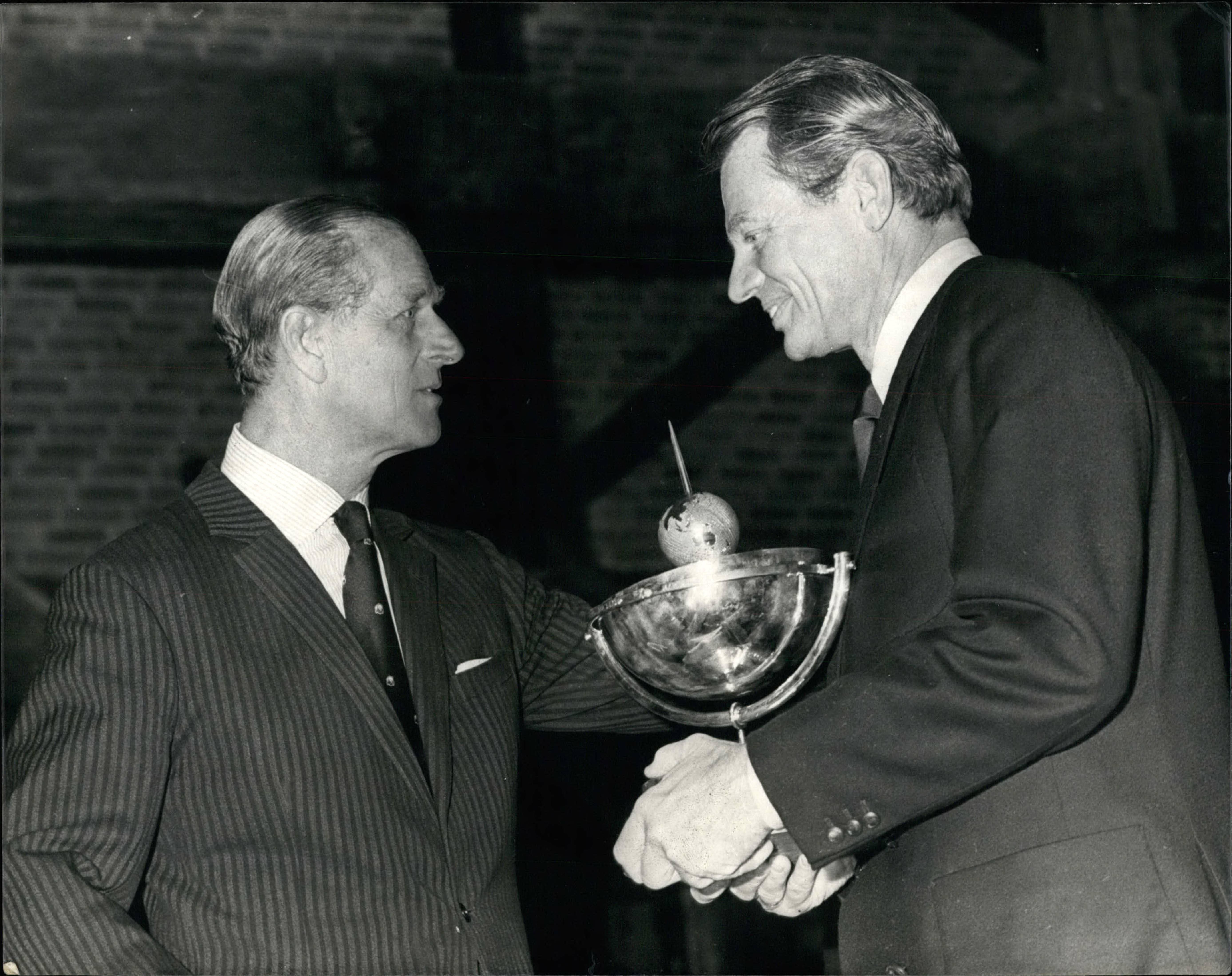 The Association wishes to record its profound sorrow at the news on 9th April, of the death of our Patron, HRH Prince Philip, Duke of Edinburgh.


HRH Prince Phillip joined the IACH in the 1960s as an Honorary Member. He became our Royal Patron shortly after the first Whitbread Round the World Race in 1973/74. Until that time, the Association was only for those who had rounded Cape Horn in commercial square riggers. After the first solo roundings in yachts by Francis Chichester, Robin Knox-Johnston and Chay Blyth, the UK branch of the Association started to discuss admitting yachtsmen. This was rejected out of hand by the headquarters of the International Association in France and this response was received with mixed feelings in the UK branch. Then, shortly before the start of the first Whitbread in September 1973, the Duke sent a telegram to the committee of the UK branch.


"Thank you all for your kind message of greeting. You will be happy to know that the Royal Naval Sailing Association of which I am Admiral is organising the present Round the World Sailing Race. The boats will be facing the difficulties of Cape Horn early next year with the same courage and determination as shown by British Cape Horners of earlier days - Philip, Honorary Member."


He thus could not have made his feelings about the admission of those who would round Cape Horn in yachts any clearer. He subsequently presented the prizes at the awards ceremonies in London for the first and second Whitbread races. For those on the first Whitbread, Prince Philip instructed the Royal Mint to strike a bronze medal for every crew member who was on a yacht on the third leg which rounded Cape Horn. Such clear royal support ensured the future of the Association for those rounding the Horn in yachts, for which the Association is most grateful.

The image shows HRH Prince Philip, the Duke of Edinburgh presenting the winning trophy to Cornelis van Rietschoten, the skipper of Flyer who was victorious in the second Whitbread race